Just as the body needs physical exercise to remain in shape, the brain also needs mental stimulation to keep it sharp. Games that encourage thinking are usually suggested as a means of improving the mind, and there is scientific evidence that some formats, like video games, prove as such.

Humans have played games for many years, some for pleasure and some for exercise. Some games even have an attached stigma to them. Case in point: video games. The format has been both lauded and hissed at, with critics claiming that it breeds laziness and contributes to violence. Those who argue in its favour not only see it as a form of entertainment, but something that can be used to train the mind.

While there is evidence to back up both sides of the argument, the studies that back up the less-than-glamorous take on video games point towards those who have taken their “love” of the game to extreme levels.

Games are clearly entertaining, but they can be equally stimulating as well. This is not just a claim – there is science to back it up.

A study published in The Journal of Neuroscience in 2015 found that “modern day video games may provide meaningful stimulation to the human hippocampus.” Episodic memory is associated with the hippocampus and it is believed to depend on neuroplasticity for adapting to an ever-changing environment.

Participants, who were non-gamers, were grouped into the following: one to play Super Mario 3D World, another to do nothing, and the last to play Angry Birds (a 2D game). Those who were asked to play Super Mario showed “improved mnemonic discrimination ability and improvements on a virtual water maze task.” On the other hand, the other two participating groups showed no such improvements.

In 2013, a study called “Enhancing Cognition with Video Games: A Multiple Game Training Study” was published in the journal PLOS One. Five groups of naïve gamers were recruited to play one game each on a mobile device for an hour each day, five days a week, and for over four weeks. They played action and non-action games and were asked to take four behavioural tasks before and after their gaming sessions to determine transfer effects.

The study concluded that both action and non-action games contributed to cognitive improvements, with different games improving particular cognitive abilities. This, the researchers suggest, have “clear practical benefits because it suggests that different video games can be selected depending on which cognitive skill one aims to improve.”

Grey matter includes regions of the brain associated with sensory perception, which include memory, decision making, and self-control, among others. Being a good decision maker is definitely a skill, one that can be used to plan the future or simply go to Betenemy to review bookmakers in the hopes that sports knowledge can bring fortune.

A study published in Molecular Psychiatry in 2013 showed that playing video games can promote grey matter in the hippocampus. The particular game used, Super Mario 64, was effective in increasing grey matter in areas of the brain needed for motor performance, spatial navigation, strategic planning, and working memory.

Another study published in PLOS One that also used Super Mario 64 on older adults found that it also increased grey matter. This particular study also included participants who had to learn computerized piano music lessons and another that was tasked to do nothing. While the music lesson group showed growth in the cerebellum, the group that did nothing showed significant grey matter loss.

Ageing is a natural process in human life, but those who want to stay somewhat sharp into old age can turn to video games to slow down the process. A study conducted by the University of Iowa in 2013 proved this by asking a group of people over the age of 50 to play brain-teasing games. The study found that those who played for at least 10 hours were able to gain about three years of cognitive improvement when they were tested a year after.

There is a belief that video games are associated with bad academic performance. A study conducted by the University College London and Queen Mary University of London in 2013 found certain video games can help the brain become more agile and enhance strategic thinking.

The “cognitive flexibility”, which is the ability to adapt and switch between tasks and to think about multiple ideas to solve problems, of volunteers were tested. One group of participants were asked to play the video game StarCraft while another was tasked with playing the life-simulation game The Sims. The study found that those who played StarCraft for 40 hours over six to eight weeks were better at cognitive flexibility tasks. 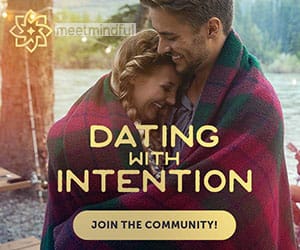 On Tuesday the American Psychological Association, the leading scientific and pr…